Persistent, unresolved inflammation in the liver represents a key trigger for hepatic injury and fibrosis in various liver diseases and is controlled by classically activated proinflammatory macrophages, while restorative macrophages of the liver are capable of reversing inflammation once the injury trigger ceases. Here we exhibit neutrophils as key contributors to resolving the inflammatory response in the liver using two models of liver inflammation resolution. Using two models of liver inflammatory resolution, we found that mice undergoing neutrophil depletion during the resolution phase exhibited unresolved hepatic inflammation, activation of the fibrogenic machinery, and early fibrosis. These findings were associated with an impairment of the phenotypic switch of proinflammatory macrophages into a restorative stage after removal of the cause of injury and an increased NLRP3/miR-223 ratio. Mice with a deletion of the granulocyte-specific miR-223 gene showed a similarly impaired resolution profile that could be reversed by replacing miR-223 levels using a miR-223 3p mimic or by infusion of neutrophils from wild-type animals. Collectively, our findings reveal hepatic neutrophils as resolving effector cells that induce proinflammatory macrophages into a restorative phenotype, potentially via miR-223.

Neutrophils accelerate the spontaneous resolution of inflammation and fibrosis in miR-223–deficient mice. 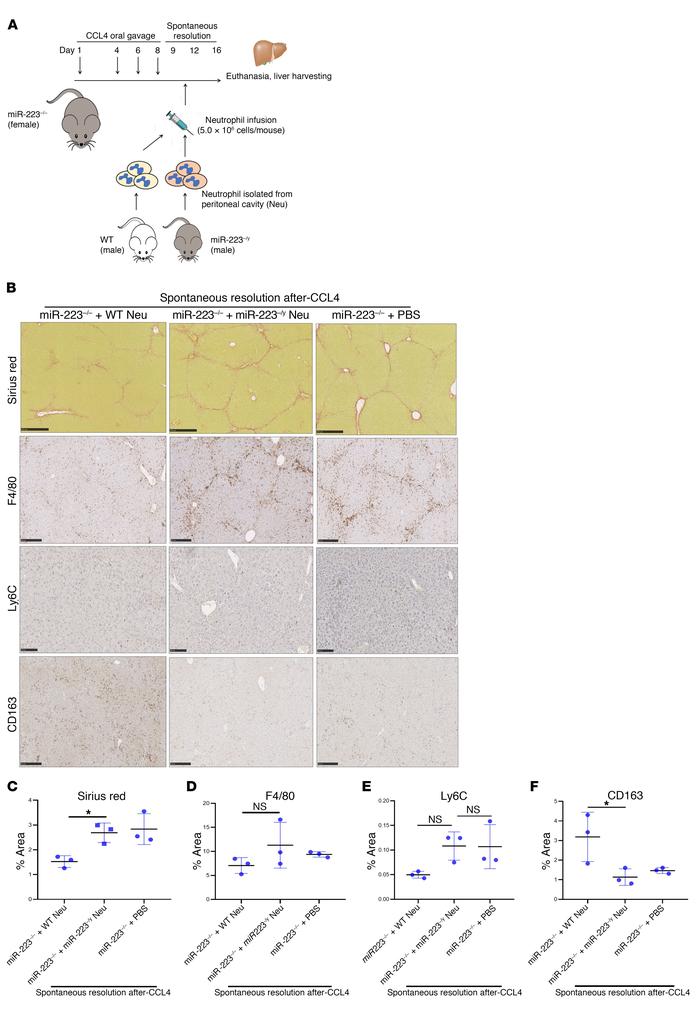